If You Crave For Superb headphones or earphones Sound Quality, then this article is for you.. 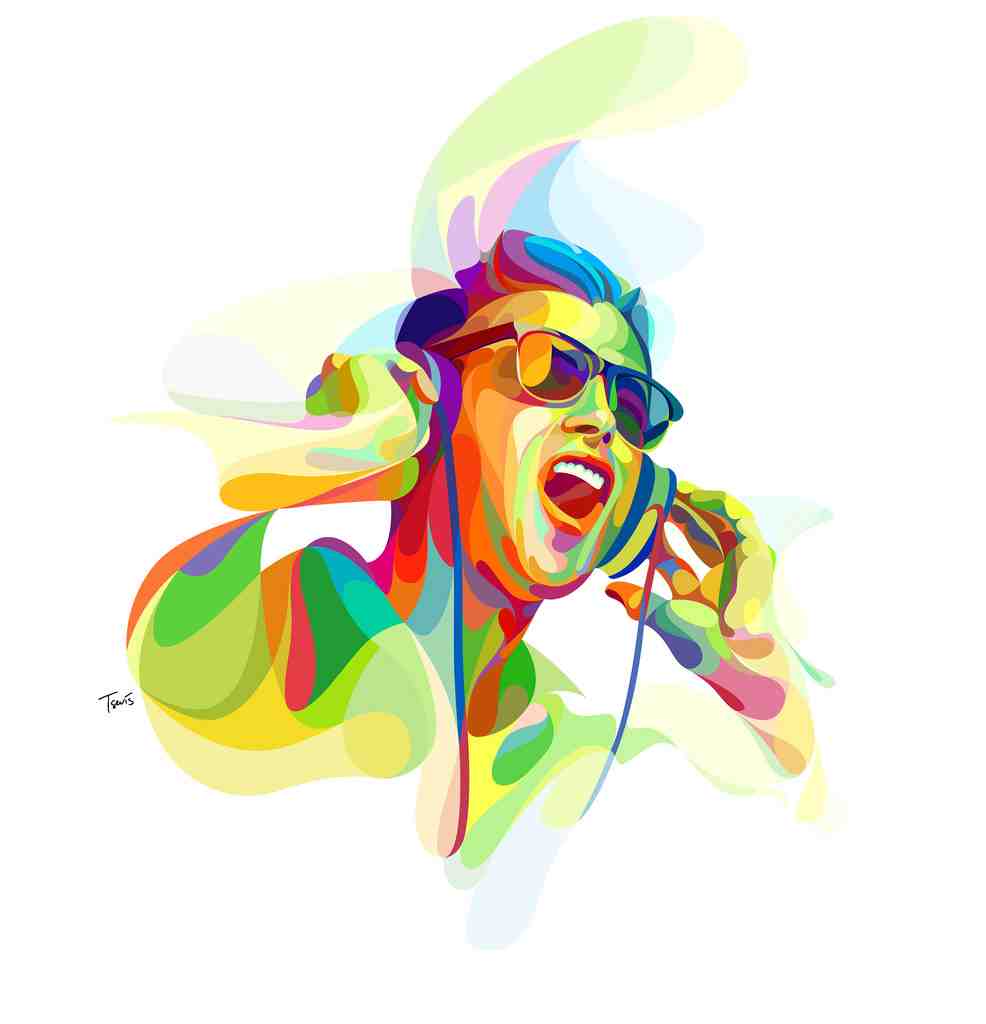 Smartphones have come a long way into becoming our very own companion in almost every aspect of our daily lives. Different people use their smartphones for different reasons, and that is the reason why there are dozens of different types of smartphones scattered all over the places.

Among this random list of varying people, today we are looking at those people, that use their smartphones as a portable sound system. Gone are those days, when people had to carry their radios around, in order to get the latest news, or catch up on the latest show on radio, or simply listen to music. Today most people do well with their smartphones.

But there are these particular sets of people,that seem to never get satisfied with the quality of sounds they are getting from their smartphones, and are always wanting to get more, or looking for ways to improve that sound quality, especially when it comes to how the device delivers bass, even when they’re using a low-end or a mid-range android device. So, if you are among these people, i bet you should start rejoicing right now, cause a one-time solution is finally here. So grab your smart phones, and lets see how we can greatly improve our earphones sound quality in our smart phones, by making use of these two android music player apps which are listed below. 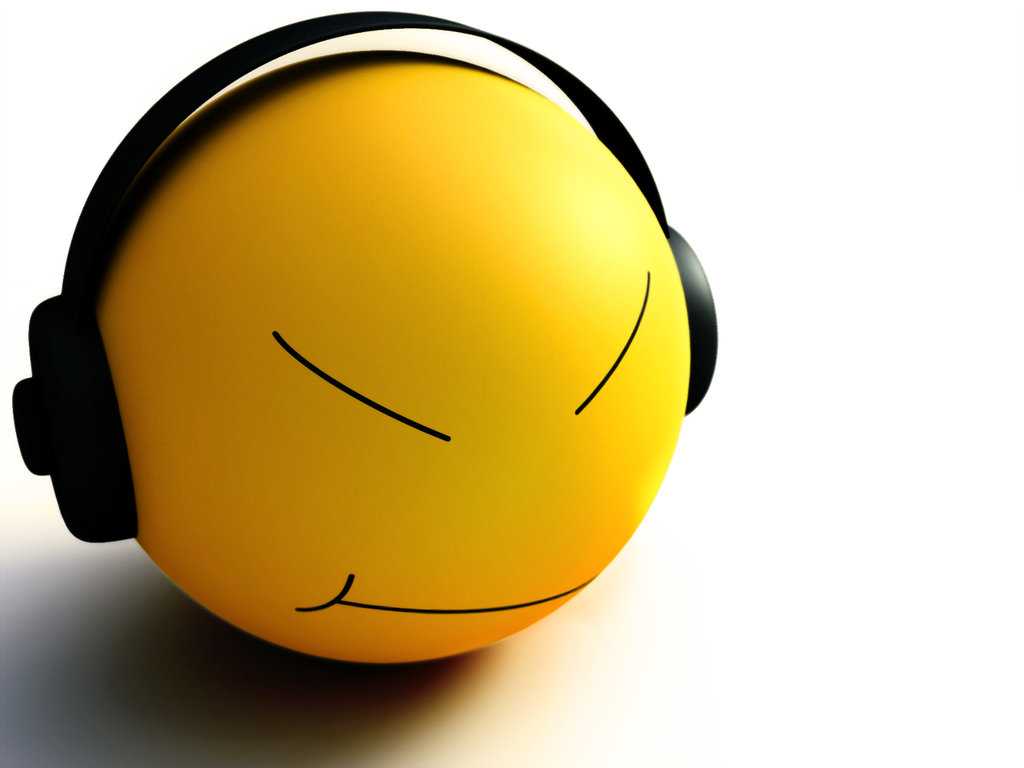 I chose these two, not because anyone else has spoken about them, but because, i have tested and trusted them, and that is what i’m currently using on my smartphone right now. So let’s get started.

NOTE: to get better results, you are advised to use a very good pair of earphones, such as the apple retail earphones that comes with every apple iPhone in the box. Using a cheap non-standard earphones might not award you the results you are looking for. 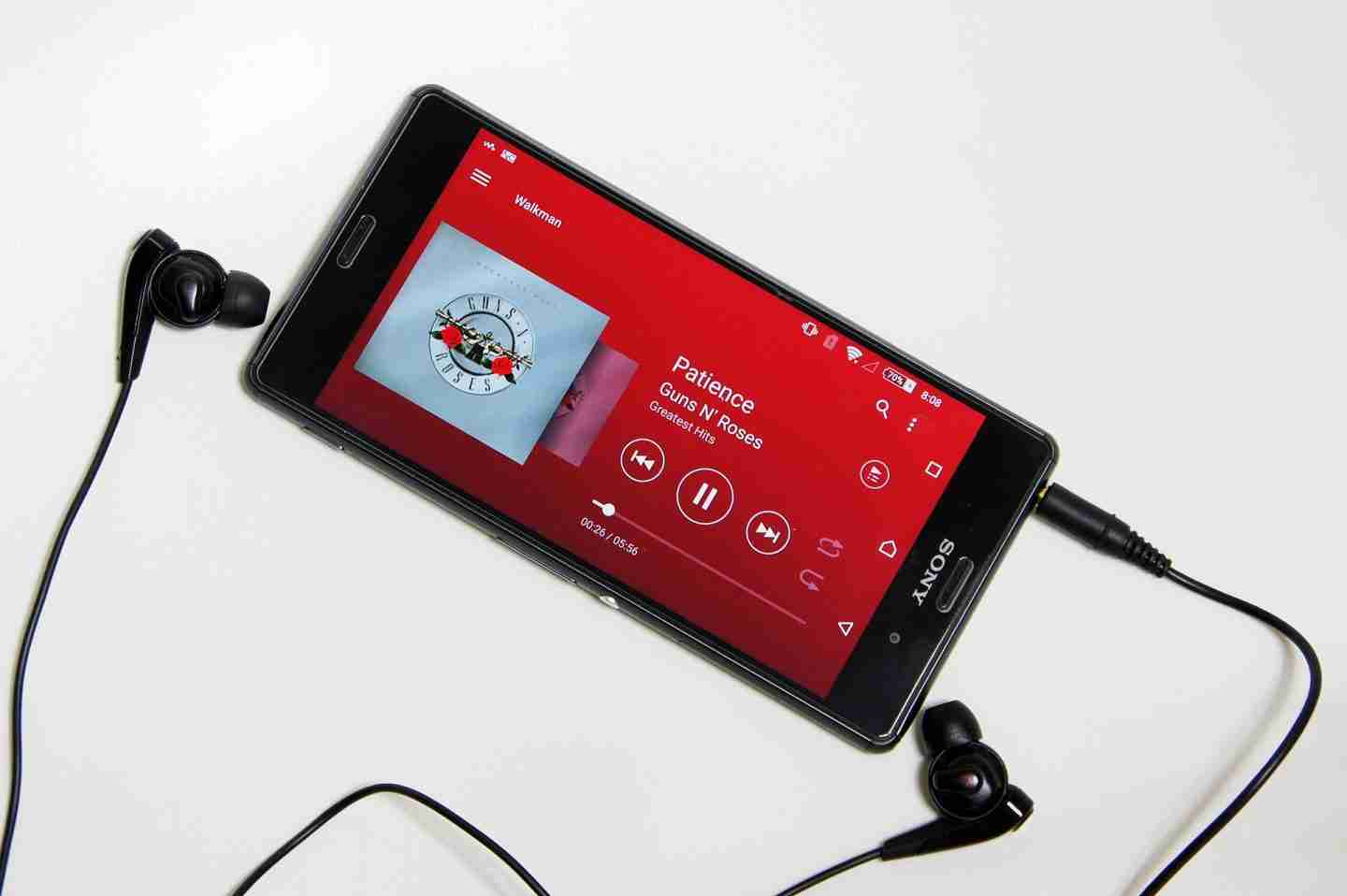 So if you’re like me, that doesn’t have that much cash to spill on top flagship devices, such as the Samsung Galaxy s8 or the iPhone X, but want premium features, such as a mind blowing earphone bass quality, then you should read this article, to the very last letter.

Coming to the first one, we have

The Xplayer 3D is not a very popular app on the Google Play Store, but you can easily find it there by just typing xplayer 3D in the search box provided in playstore or simply click on the image provided above, to save you the hassles.

It is a native music player app for android smartphones, but unlike other music player apps found on the play store, this one comes with some spectacular features, which makes it stand out among its competitors. it comes with an advanced sound tweaking system, such as the virtual 3D Surround Sound, which gives you power to tune the sounds to make it sound like a real 3D Home Theater Sound System.. 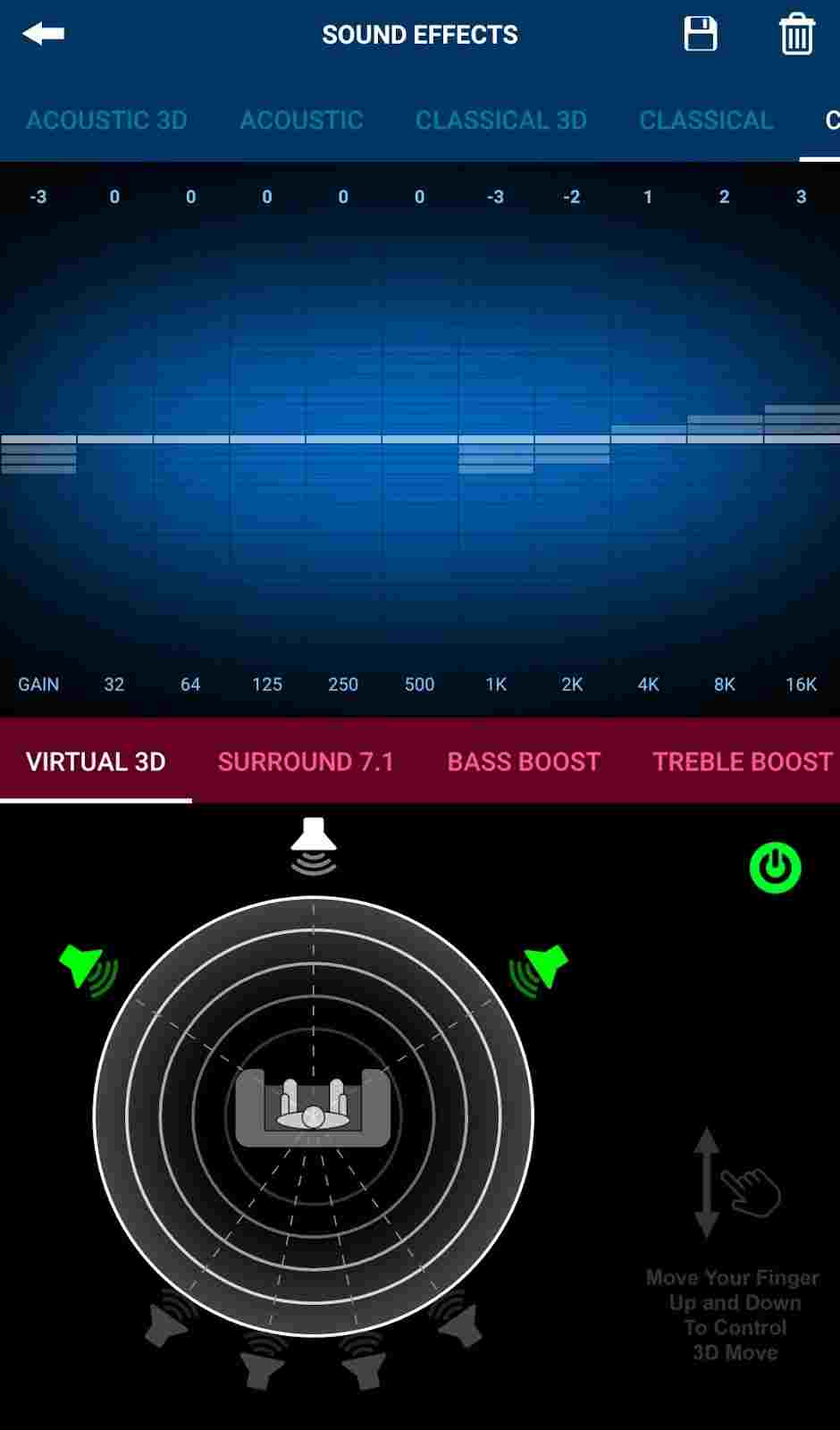 It also comes with an additional Surround Sound feature, an advanced Bass and Treble Boost tuning system, which gives you deep bass and clear trebles, when tweaked properly, and many more. There are dozens of options to play around with. 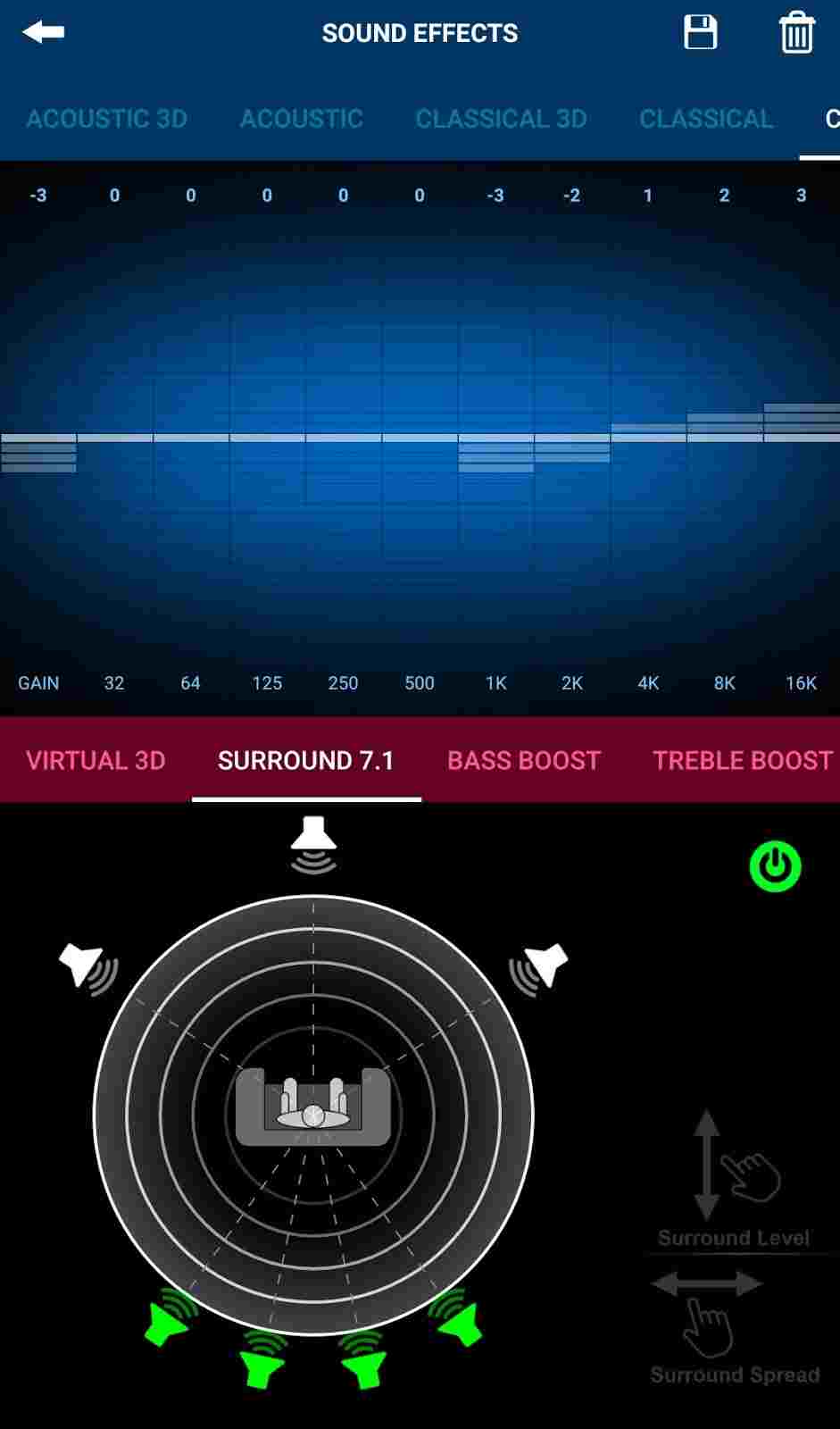 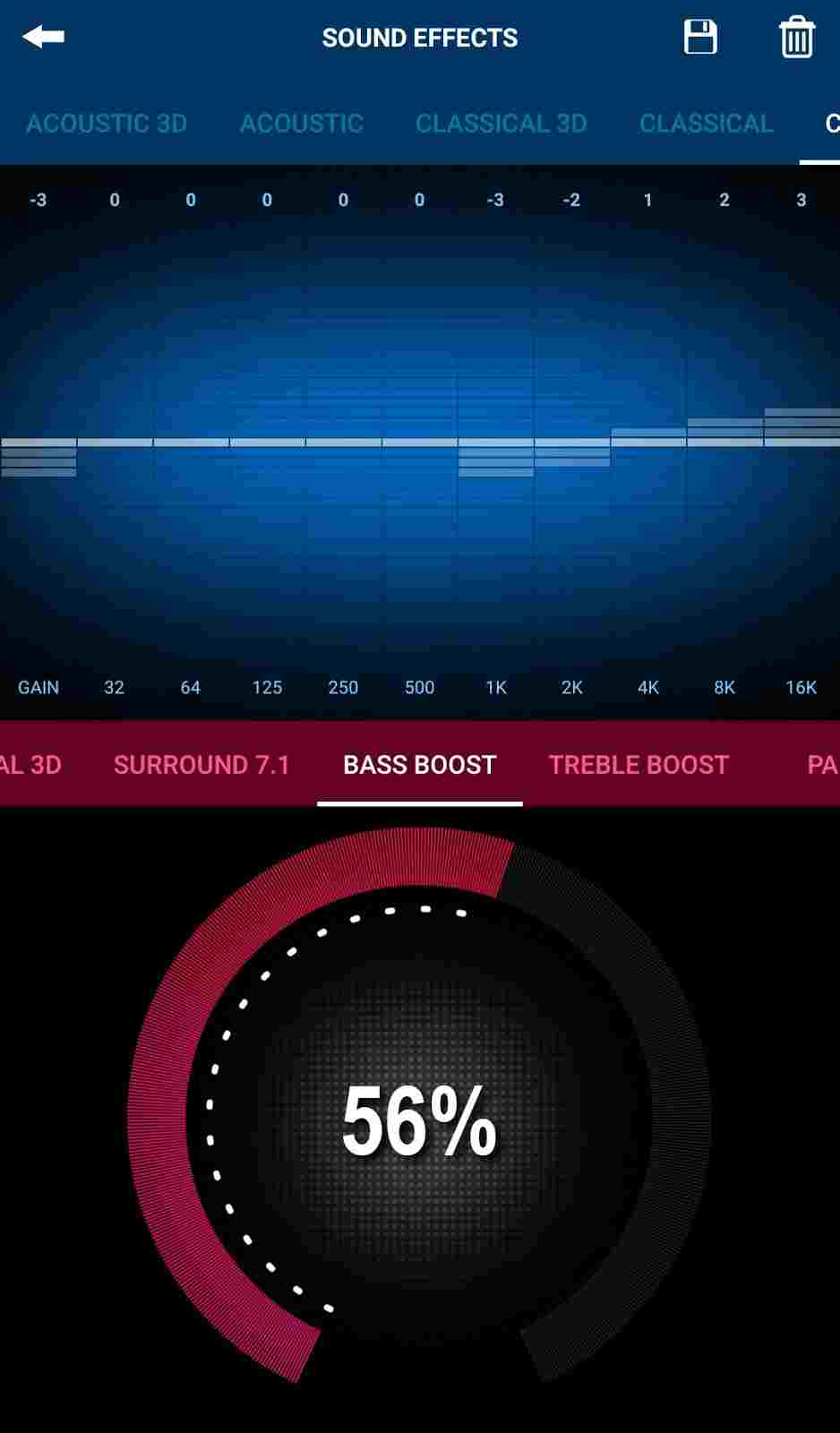 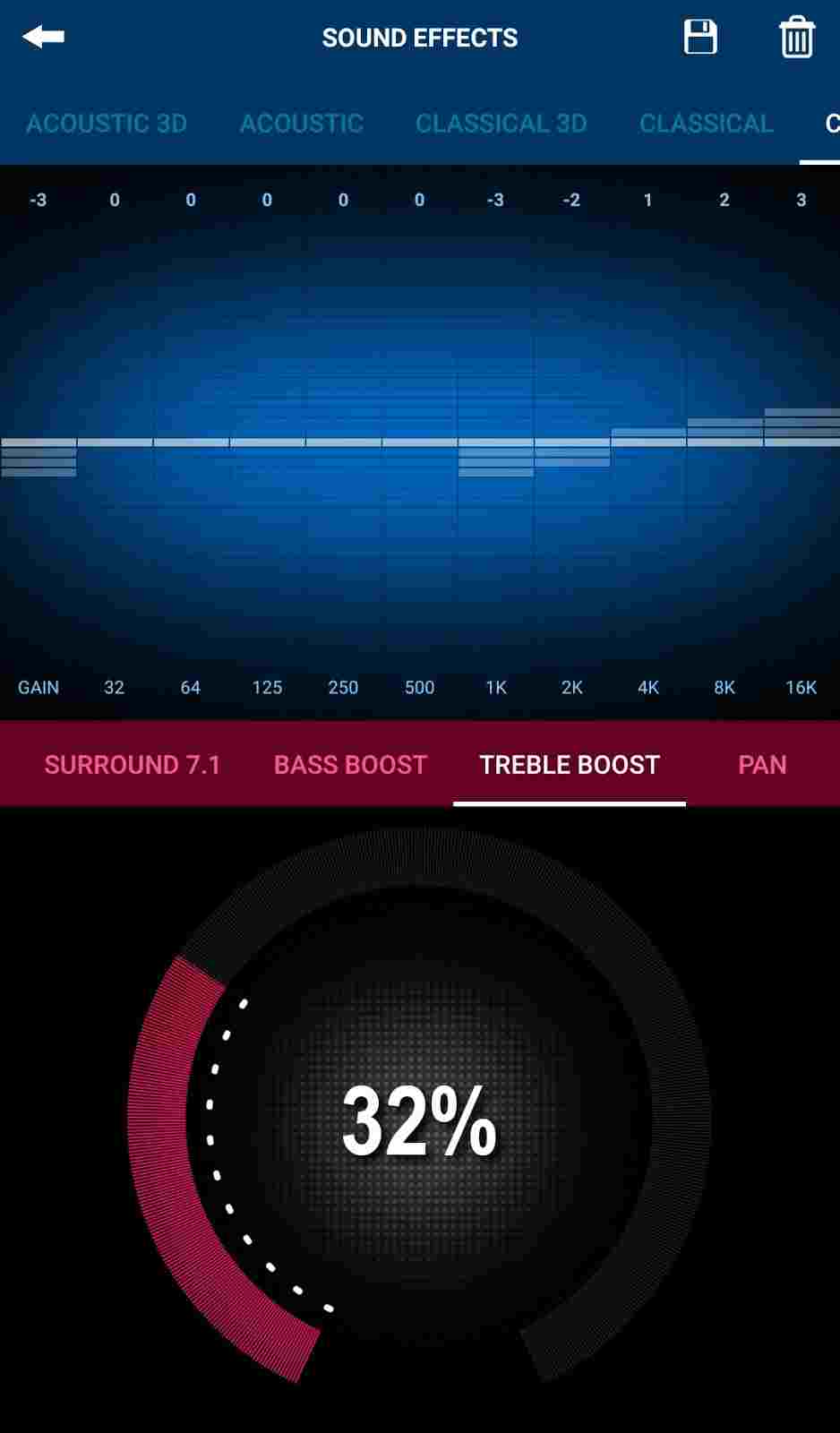 You should download the app right now, and come back to thank me later.

The NRG Music player is not just a music player, but a bad ass music player. it simply does what it is called to do, as it helps you tune your earphones sound quality to the finest without any form of sound distortion or biting noises in the ear. Or should i say it gives you 99% of the kind of sound quality found in the likes of iPhones, Samsung, and other top end android mobile devices.

The App is more popular on the playstore compare to XPlayer, you can as well click on the image above to download it. Opening the app for the first time, you might get confused and look stupid like someone who is coming from a chinko device. But with a few minutes of playing around in the interface, you should get used to it. 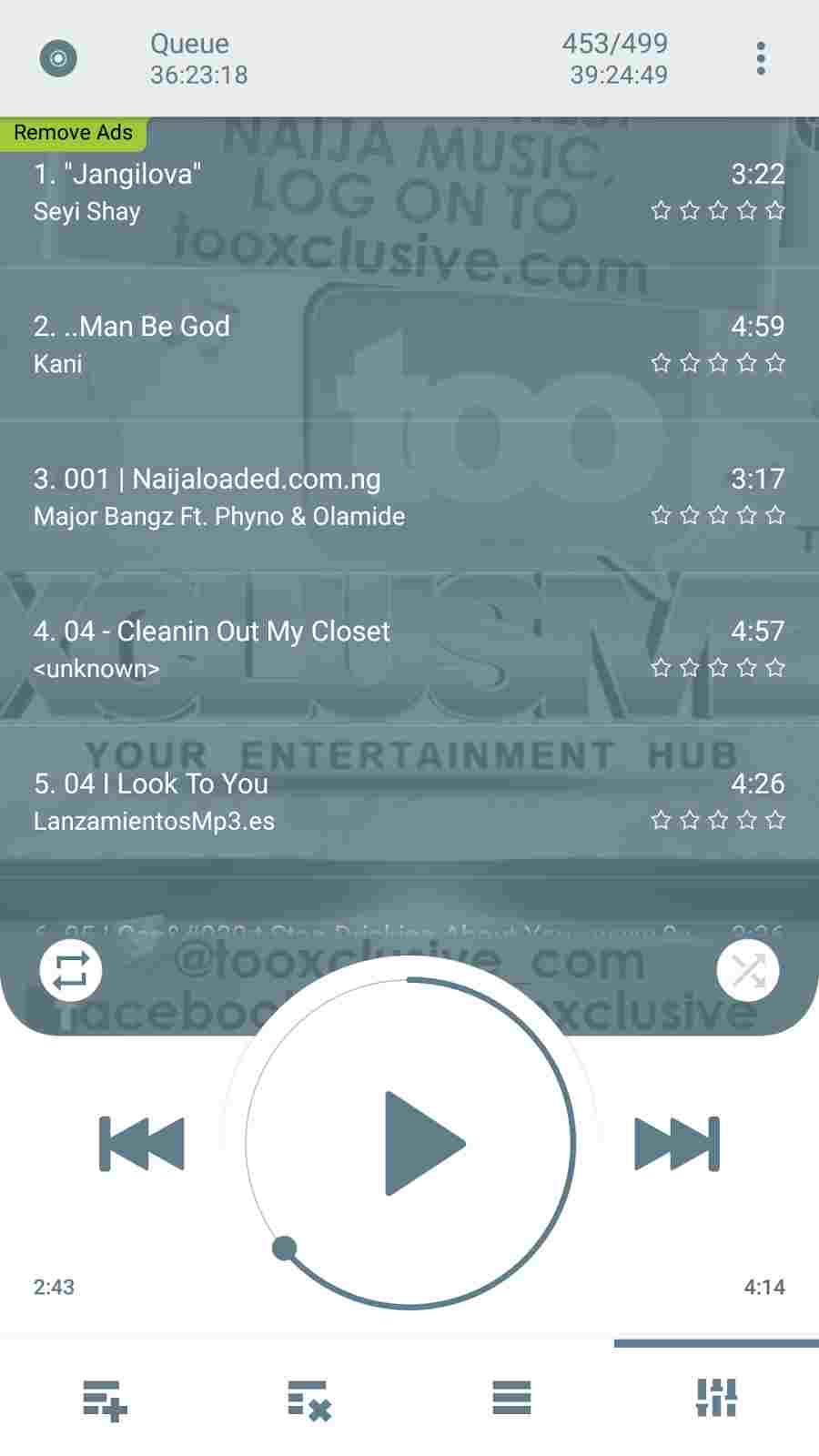 So coming to the features which makes it Stand Out among its mate, first of all, it comes with a stunning 10 Band equalizer system.. i know there are bunch of apps out there that also come with a 10 band equalizer, such as the Poweramp player, but this dude’s own is top notch. 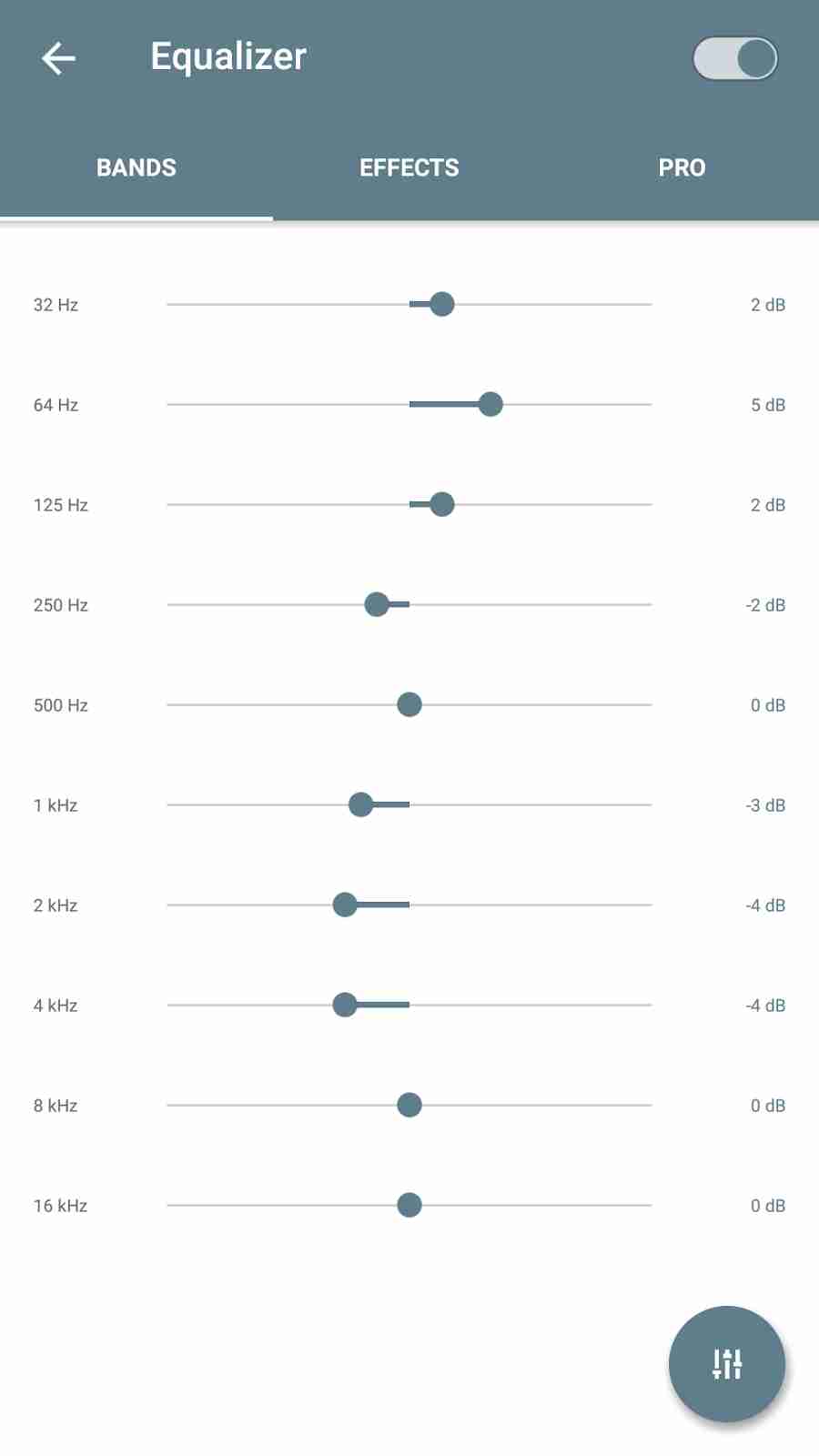 Apart from the equalizer system, it also has an effects section, where you can achieve a whole lot of audio tuning when you do it right and don’t over do it. it gives you option to tweak the bass, treble, reverberation (Surround) and the preamp (overall music volume). 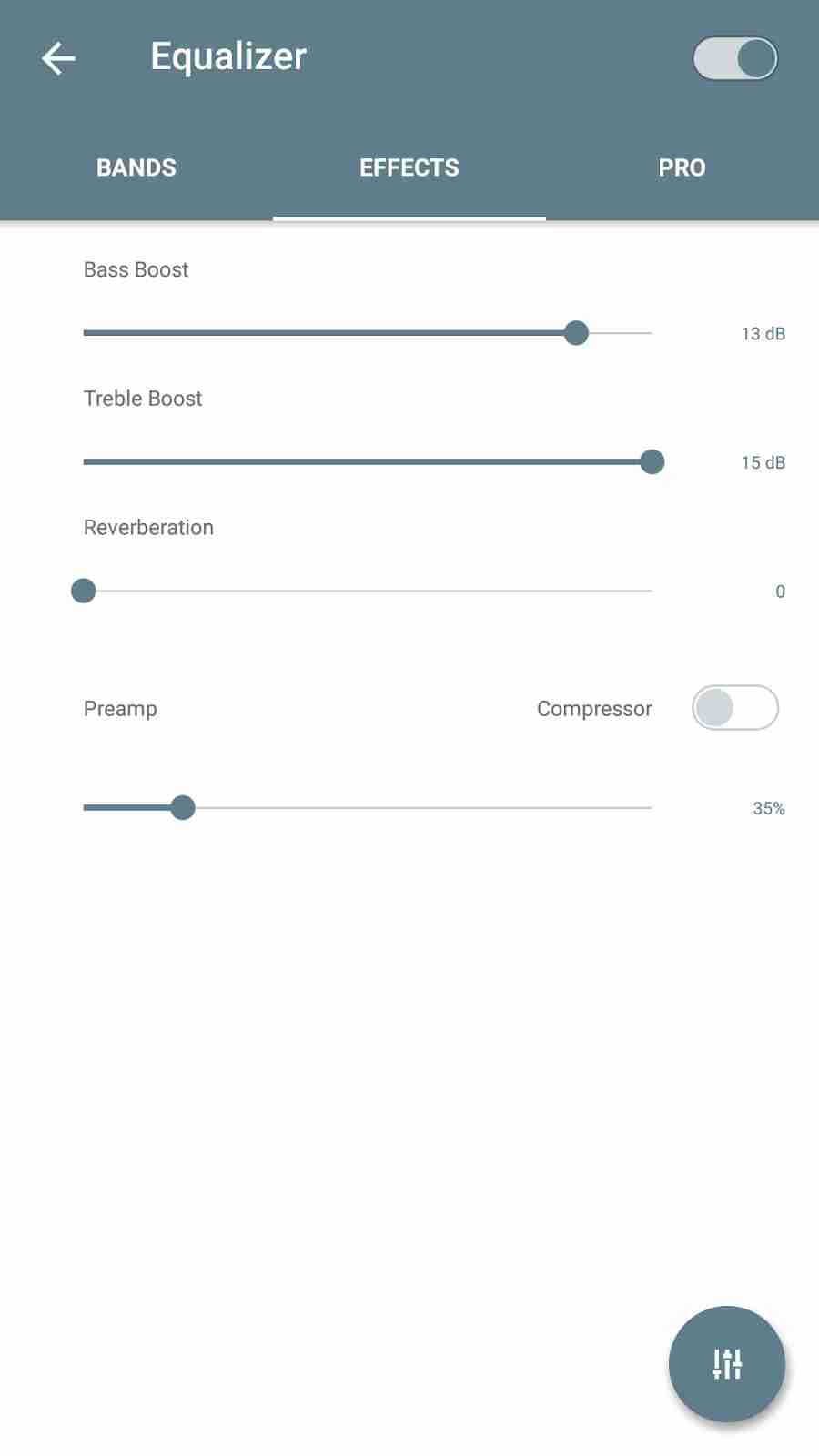 It also has a Pro-mode, which is only accessible when you purchase the Pro version. And i also like the UI, compared to that of the XPlayer 3D, which was looking too serious.

Well what more do i have to say, until our mid-range and low-end smartphone manufacturers begins to roll out premium sound quality to us, let us make do with what we can afford for now.

So guys, that is it for today on enhancing our earphones sound quality, if you know of any other means of doing this, please share with us in the comments box below, and also if you want to know how to get the XPlayer full version for free, also let us know using the comments box.