Alright, so Samsung in a bid to keep avoiding the now popular notch which was first introduced on the Apple’s iPhone X and has now gone viral on almost all android phones you can find today.. Samsung is reportedly planning to do something very very different on its still in the rumours Galaxy S10 smart phone.. 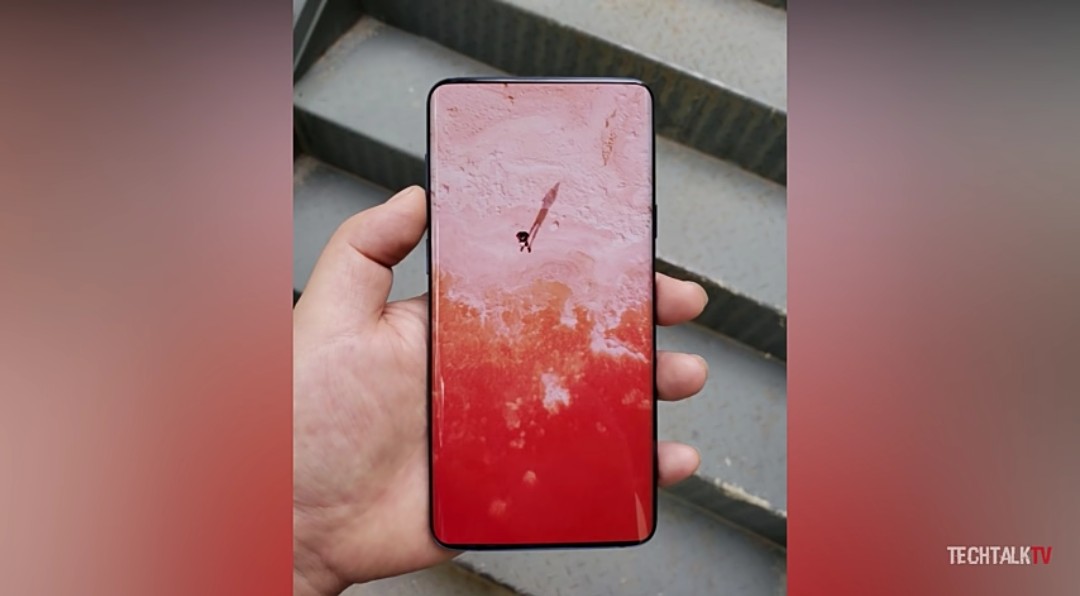 And what is it? okay fine.. here’s what it is all about.. According to a video released Tech_Talk_Tv, Samsung is reportedly working on a new display that will allow it fit every components and sensors that is meant to be on the bezel at the top of the display, hidden inside or beneath the display itself. 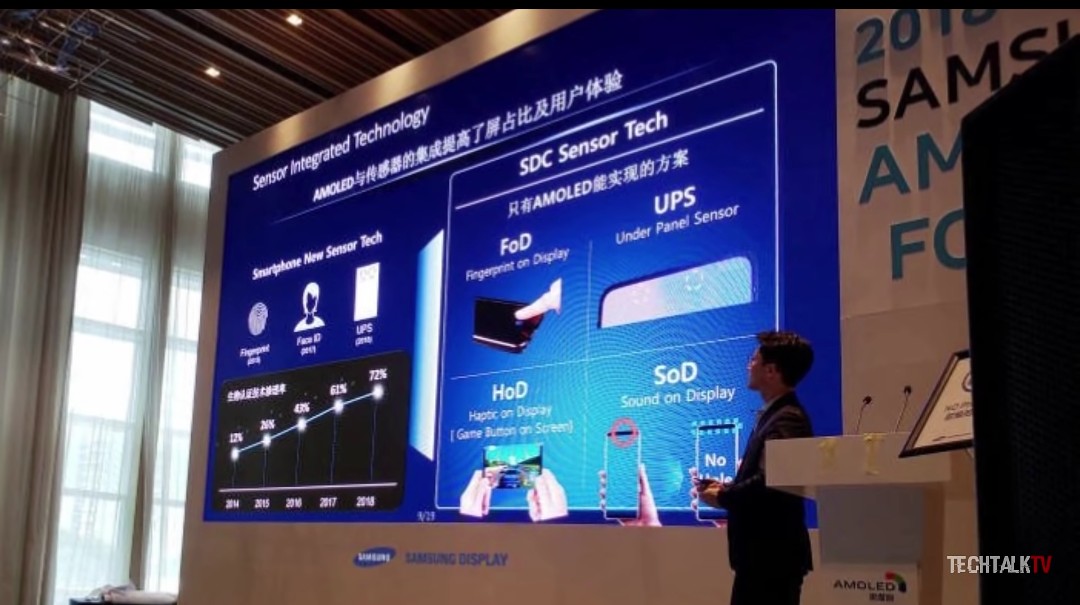 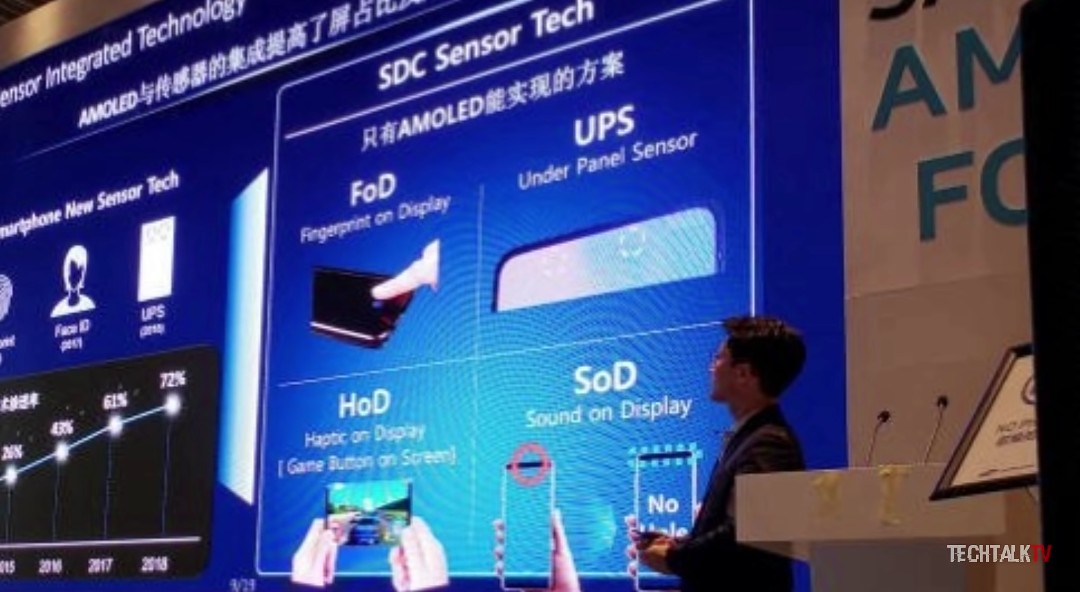 So according to the photos up there which i screenshoted from the video itself, the display is going to be comprised of things like FoD(Fingerprint On Display), UPS(Under Panel Sensors), HoD(Haptic On Display) and finally SoD(Sound On Display).

So what all these simply translates to is that if this news or rumor actually comes out to be true, then we will have everything, and when i say everything, i mean everything that used to be at the top of the bezel such as the front facing cameras, the ambient light sensor and proximity sensors, front facing speakers and every other thing else, stacked behind the actual phone display, and once again, what are these simply translate to is that we are likely going to get the world’s first full screen bezeless smart phone without a notch and without motorised hidden camera parts, from Samsung.. So as always, take everything you see here with a pinch of salt and pepper, keep your fingers crossed and let’s just probably hope for the best.. #Bye..